One whistleblower describes how he is transporting ballots across state lines into Pennsylvania when his semi trailer is stolen.

Another whistleblower in Michigan describes how mail-in votes were "backdated" to make them eligible to be counted after election day.

Witness in Hospital After Beating

Sidney Powell talks about whistleblowers needing protection and why they are reluctant to come forward. Here is the Evidence

This is a crowdsourcing tool for organizing anomalies and legal issues.

Lots of details about the 2020 election and other topics. We've made over 40,000 phone calls over the past 3 weeks to registered Democrats in Atlanta, Detroit, Philly, Milwaukee, 72% said they didn't vote

Here's the moment where #CNNElection shows #Biden gaining 110,000 votes in #Wisconsin INSTANTLY. See how confused they are? They know this is BS. #Elections2020 pic.twitter.com/iBZA1UItML

Infographic detailing the several and various means by which attempts were made to rig the election. 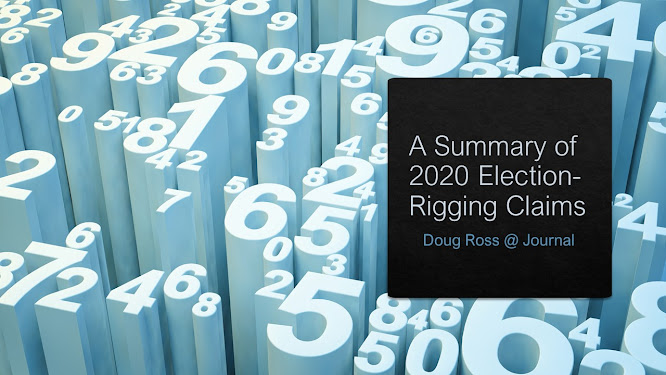 General McInnery alleges that the CIA programs Hammer and Scorecard were used to rig the election against President Trump. 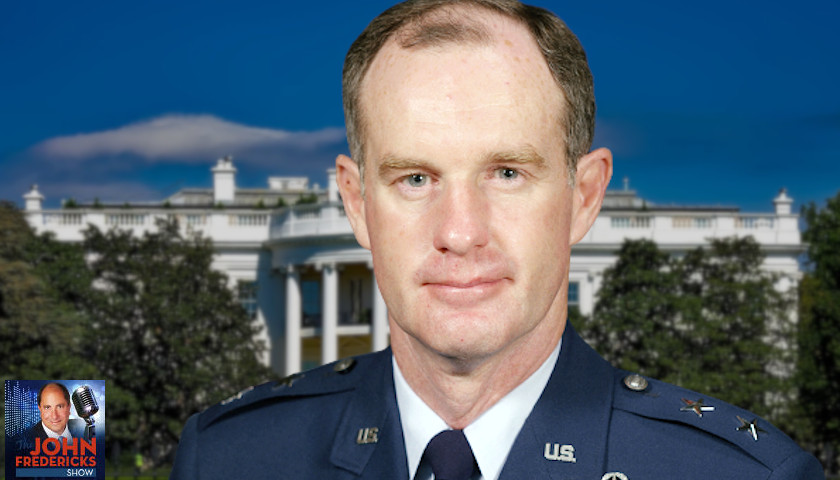 A database of election fraud cases going back to 1979. 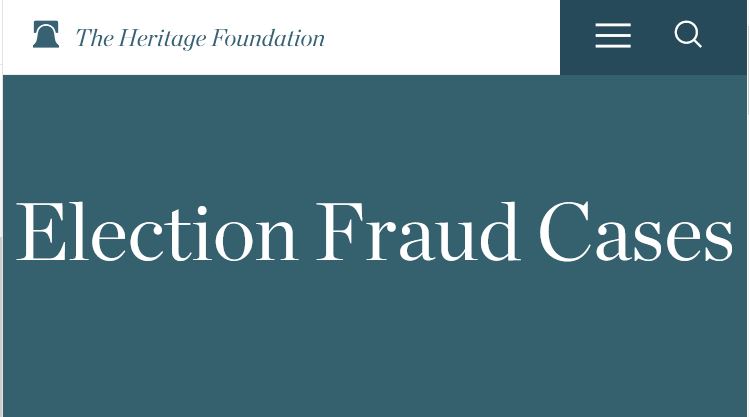 Georgia recount worker with 20 years of experience handling ballots described an odd batch that stood out. Pristine sheets with no markings and 98% for Biden.

That is, mail-in votes did not even have the fold that would have been necessary to get them into the envelopes to be mailed in.

Georgia recount worker with 20 years of experience handling ballots described an odd batch that stood out. Pristine sheets with no markings and 98% for Biden. I read her a Trump Republican ballot, and as soon as she entered it into the system, the ballot defaulted on the screen to a Biden Democratic ballot 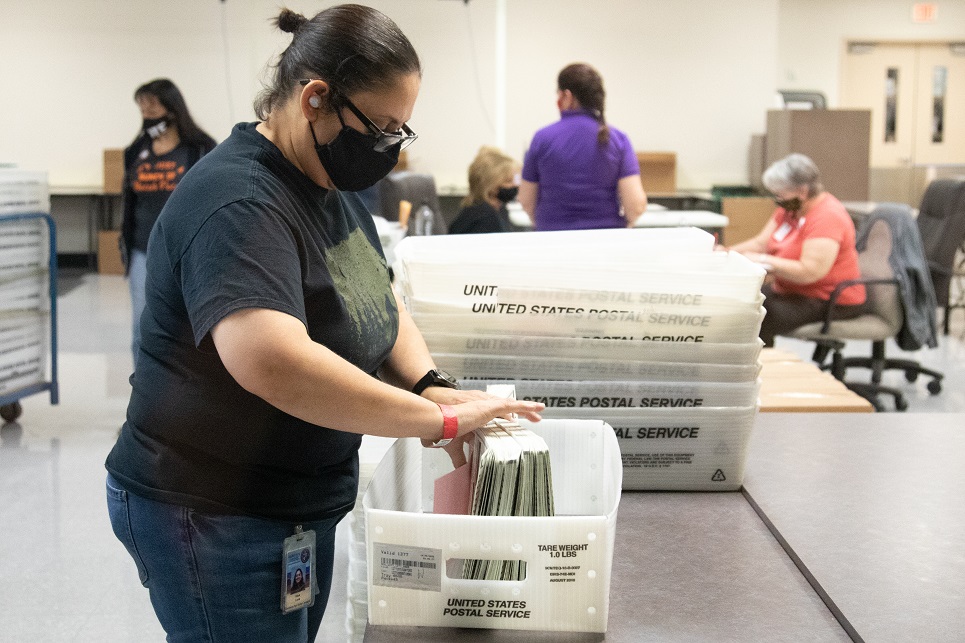 A monumental moment in the history of the world

Paul Weston warns against wanting to live in a totalitarian system.

Russ Ramsland on Dominion: "We began to look and realized how easy it is to change votes"

Russ Ramsland is an election security expert and he gave this interview before the 2020 US election.

Woman Votes in Texas - and California!

Woman moves to Texas a year ago and when she checked on her Texas vote she is shocked to find that she already posted a mail-in vote in California - for Biden. 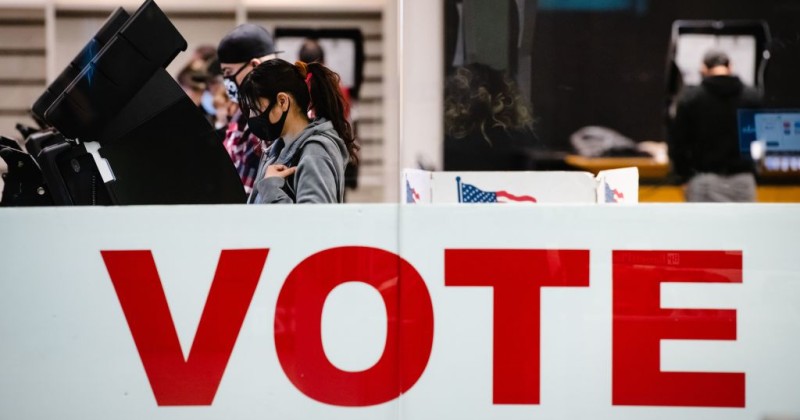 About 9,500 voters whose names and dates of birth (DOB) match death records in the Social Security Death Index (SSDI) are marked in the Michigan mail voting database as having returned ballots, according to an analysis of the state’s election data conducted by a data researcher. 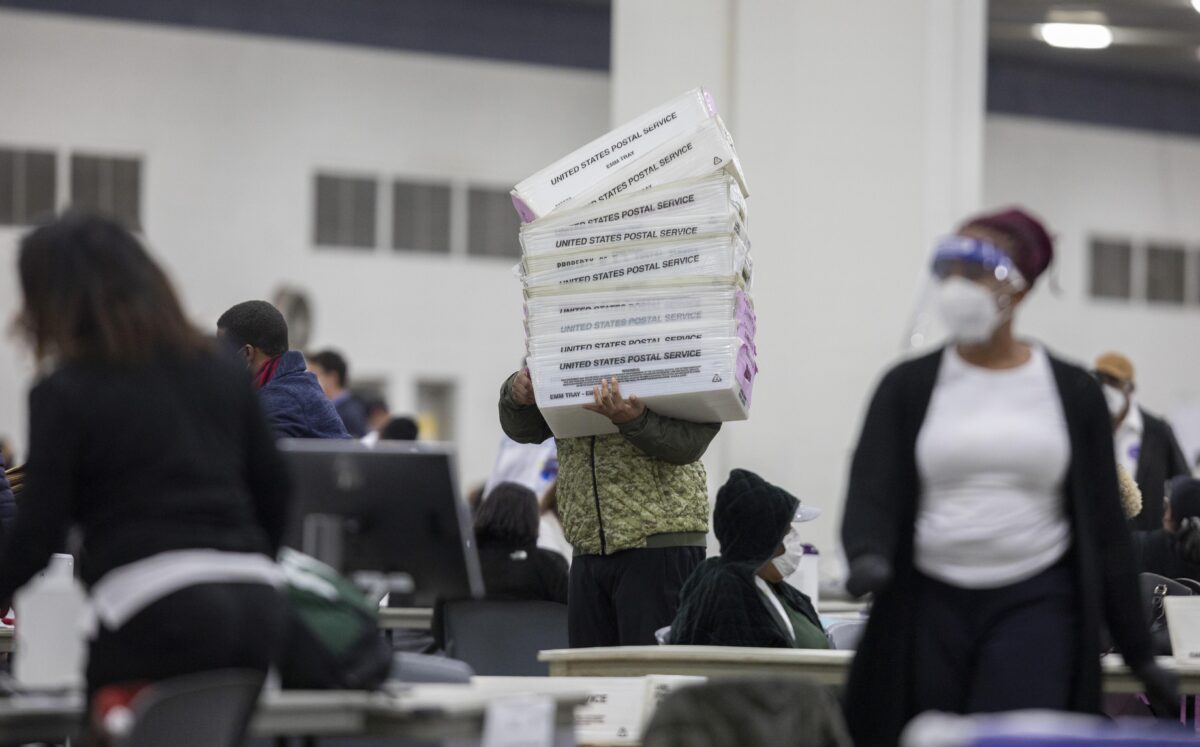 After their wedding, couple finds Trump ballots in the trash can. Same hall used as polling station.

This guy knows what is happening!

And are we the only ones to notice that the computer counting glitches ONLY favor Democrats and Sleepy Joe? 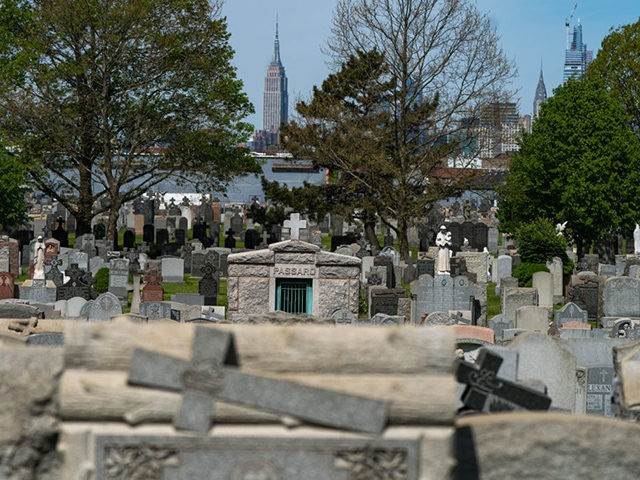 ... all of which featured the same handwriting ... 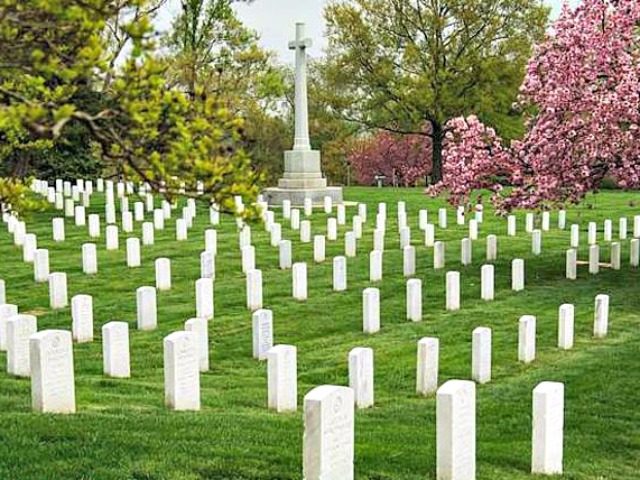 Phoney drivers' licenses were issued to voters at the polling station to provide ID so that they could vote. 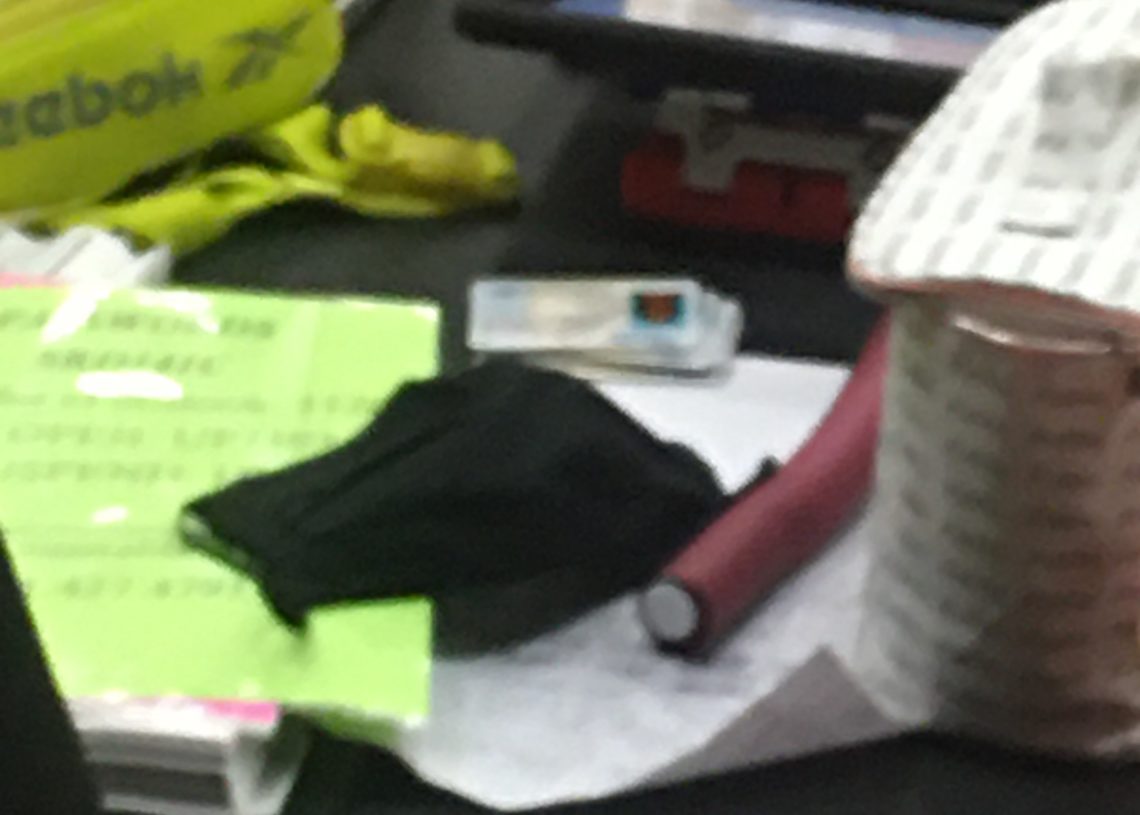 "Another example of “safe and secure vote-by-mail” is playing out in Sammamish, Washington, a few miles east of Seattle."

When these extra ballots are returned, I wonder what happens to them?

Ballots for the Dead

The group is responsible for sending over 225,000 ballot request forms to residents in Texas, many of whom are deceased.

As reported by local news, one individual received multiple ballot request forms for her deceased husband.

CA Mail in Trash Can

A Santa Monica man found dozens of mail-in ballots and other important mail tossed into two trash cans in an alley last week.

The man called local authorities who are looking into the scandal. New Hampshire residents are receiving unrequested absentee ballots with a handwritten note in the mail. The NH attorney general did put a Facebook post about it up saying they are fake.

Big Tech does not want anyone telling you about possible voter or election fraud. For story, see below:

The next morning, a resident on the block found a pile of mail from houses up and down the street — including some ballots — sitting on a car nearby, apparently discarded by the thief. Zul Mirza Mohamed, a candidate in the City of Carrollton mayoral race, has been arrested and charged with 84 counts of mail ballot application fraud. 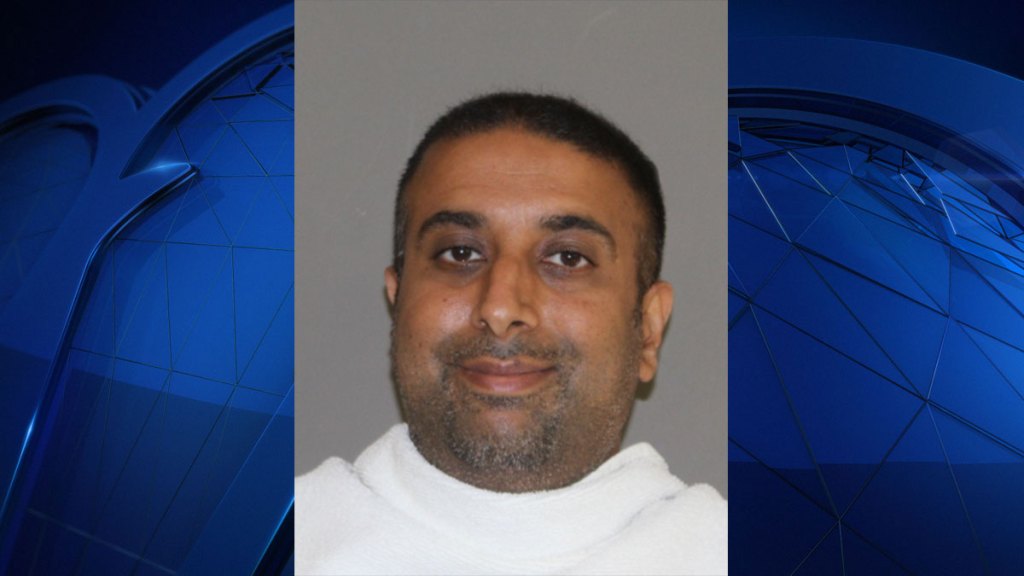 More than 2,000 Los Angeles County voters got mail-in ballots with a very egregious flaw: no way to vote for U.S. president. 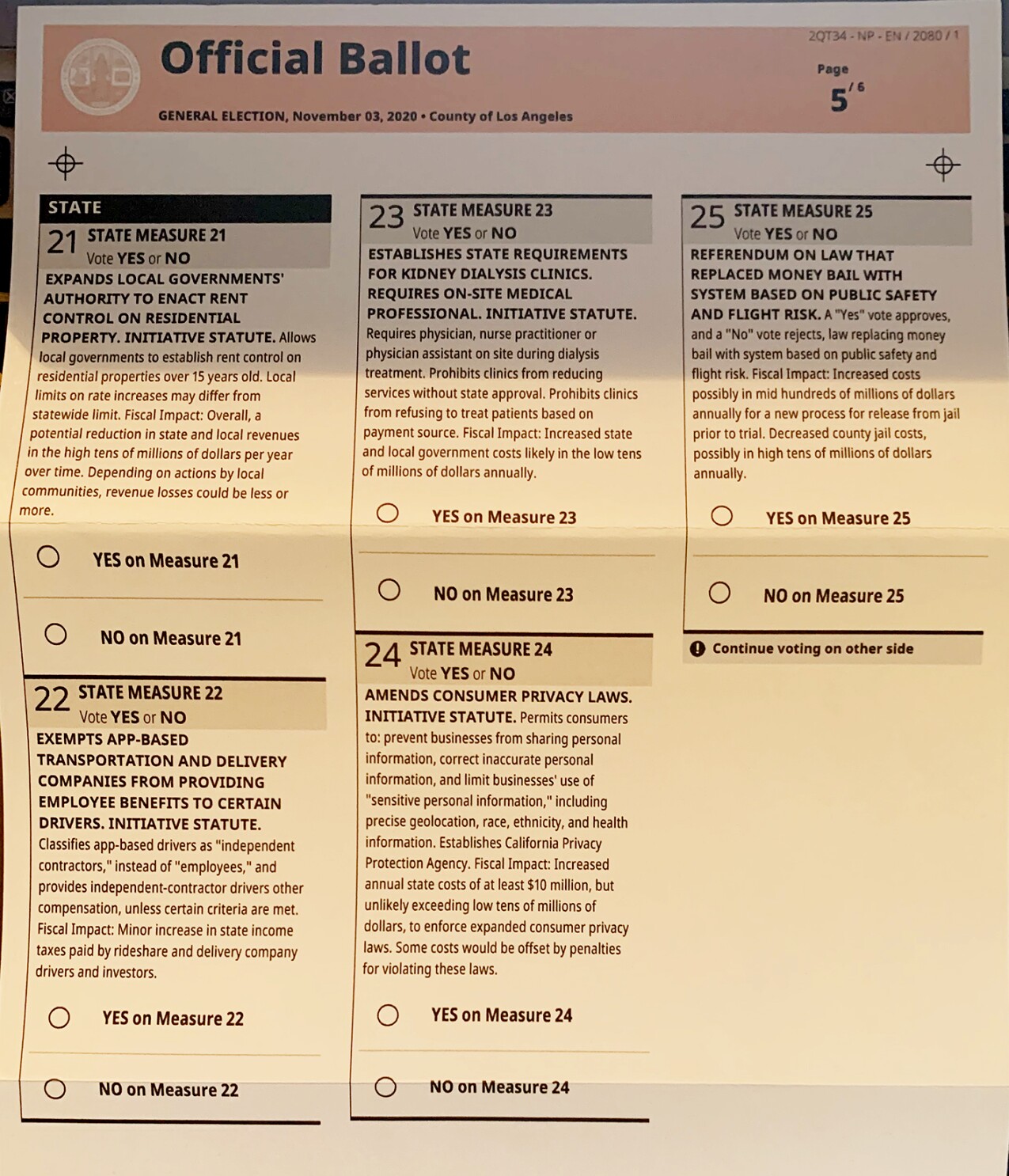 Post offices in Henrico County, Chesterfield County and Richmond were all struck some time between Saturday afternoon and Monday morning, the Department of Elections said. The department said anyone who dropped off a ballot at the six locations should call the U.S. Postal Service hotline to report it. The American people know the media is lying!

It's literal insanity watching the lamestream media pretend there are no issues with universal vote by mail.

Ballots are being thrown away

The American people know the media is lying!

The tens of thousands of ballots at a California landfill were indeed 2020 mail in ballots for Trump, Snopes caught lying again

Two private investigators, including a former FBI agent and former police officer, testify under oath that they have video evidence, documentation and witnesses to prove that Biden’s Texas Political Director Dallas Jones and his cohorts are currently hoarding mail-in and absentee ballots and ordering operatives to fill the ballots out for people illegally, including for dead people, homeless people, and nursing home residents, in the 2020 presidential election. 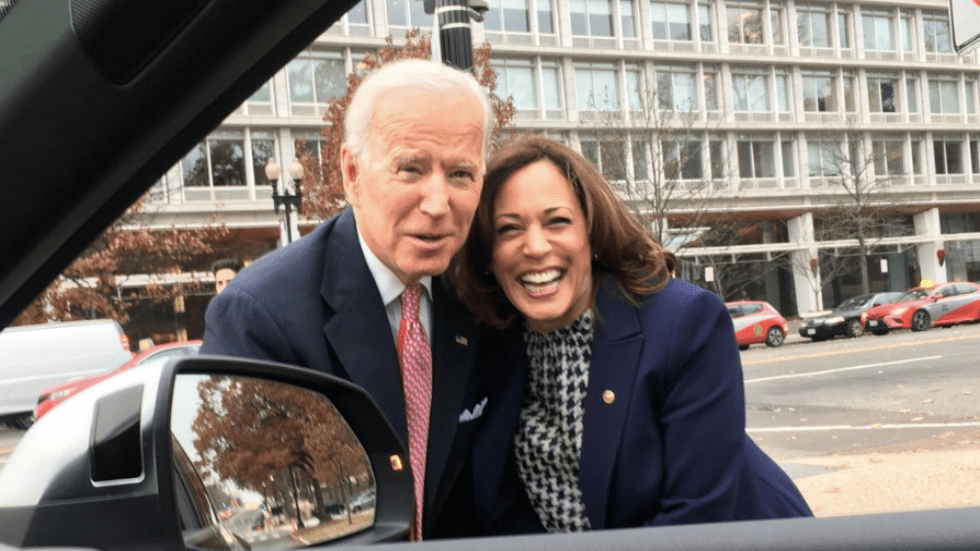 FBI finds mail-in ballots discarded in Pennsylvania. All of them were cast for President Trump

HARRISBURG – On Monday, September 21, 2020, at the request of Luzerne County District Attorney Stefanie Salavantis, the Office of the United States Attorney along with the Federal Bureau of Investigation, Scranton Resident Office, began an inquiry into reports of potential issues with a small number of mail-in ballots at the Luzerne County Board of Elections. 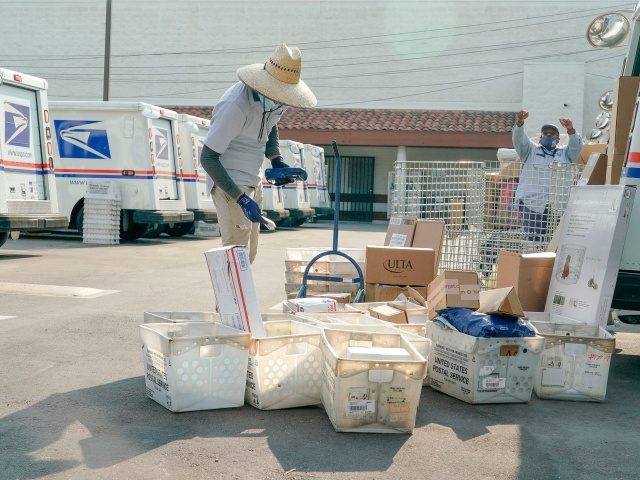 Under Florida law, you cannot directly or indirectly give anything of value to persuade or entice a vote.

How did that happen?

What are the questions we should be asking? Did your vote count? How many times or at all? How many errors are too many? When do votes ever go negative? Who is responsible for all of these mistakes? Don't we have a right to know?

Former National Security Advisor to President Trump Lt. Gen. Michael Flynn (U.S. Army ret.) spoke on Thursday about the price being paid by Americans speaking out about fraud and irregularities in the recent presidential election, saying that one was hospitalized in the intensive care unit while others have had tires slashed, their home broken into twice or been forced to move. A mathematician has noticed that Biden's votes in Fulton County advanced at a number of exact ratios in several precincts. The likelihood of that happening naturally is next to zero.

Mike Lindell's film, Absolute Proof, is over two hours long. This is the final part showing all the connections to foreign servers over the Internet. They have both the IP addresses and the MAC addresses of the machines involved.

WND has a link to the complete documentary on its site.

REVEALED: The Democrats' Blueprint To Steal 2020 From The Voters Of America

The Democrats intend to steal the presidency in 2020. It is the only way they can “win.” They’ve learned this. They’ve lived it. And without a decisive turnout in 2020 they believe they have mastered the process.

If you thought that Bush vs. Gore, or the Georgia and Florida 2018 recounts were ugly, keep your powder dry. 2020 will be the worst yet.